Over the past 12 months, we have been consulting with 20,000 members of the TRIBE community to define our Mission & Values. We are excited to launch a book, which introduces our new Mission and Values and features inspiring people, including David Hieatt of Hiut Denim and Paul Forkan of Gandys, whose vision has inspired TRIBE. We would like to share the stories of brands that have inspired our Mission and Values.

Rob Forkan and his brother Paul are the brains behind Gandys. They continue to work towards their ambition of having a children’s home in every continent and making the best quality apparel they can.

One morning Rob Forkan woke up in a tent at a festival with a ridiculously dry mouth and an idea. To start a company selling what his mouth felt like. Gandhi’s flip-flop. Today Gandys is an international apparel brand, but brothers Rob and Paul Forkan’s journey started way back before then, in 2001.

That was the year their parents took them out of school in Croydon and on adventure that would deposit them half way across the world. ‘Our parents told us to pack one bag, we were only going to go for three months and we ended up staying in India for four and a half years. Living like hippies, playing cricket every day, always with a Lonely Planet in dad’s backpack.’ 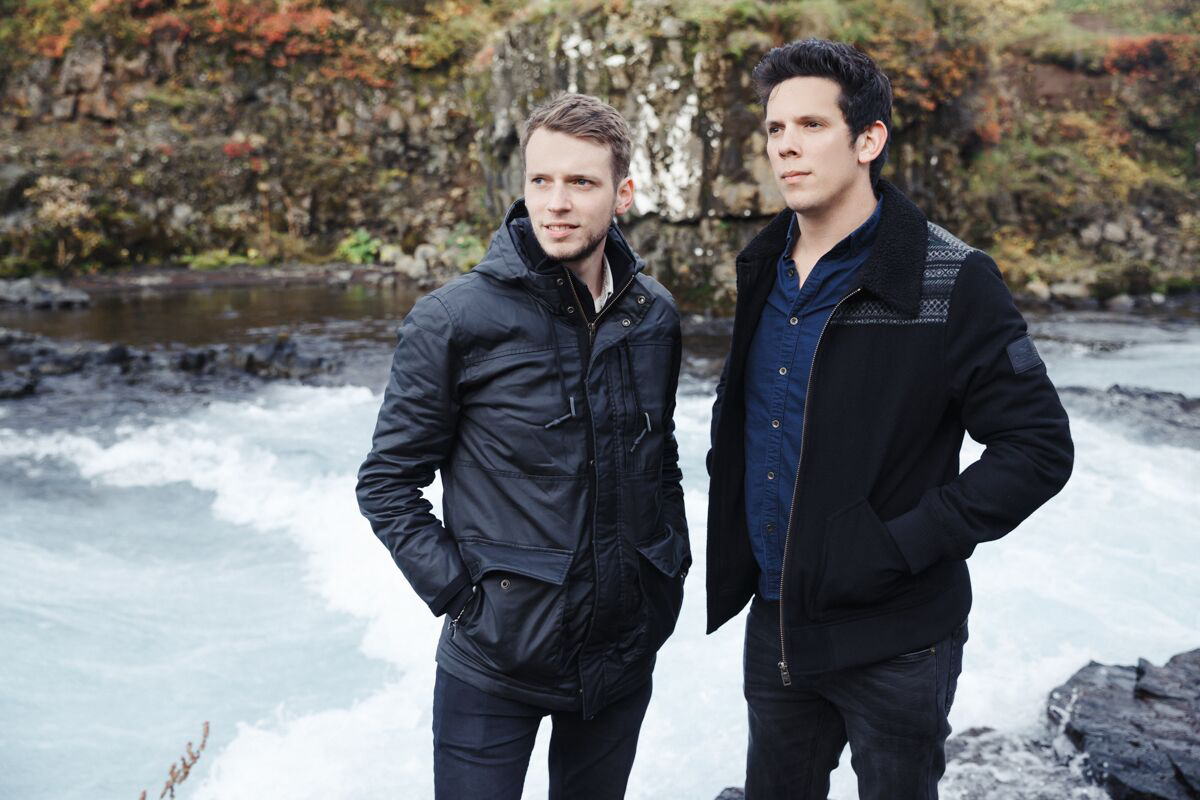 In 2004, Rob and Paul’s parents tragically lost their lives in the huge tsunami that hit the shores of Sri Lanka on Boxing Day. Left alone, the two brothers and their two younger siblings faced a harrowing 200km trek across the county to reach safety. The first motivation behind the brand was to build a children’s home for the victims of the disaster.

‘When we lost our parents we were so lucky to have support systems in place in the UK. We could get on a flight to come back here. But if you’re in Sri Lanka and India and you’re orphaned there is none of that. So we thought it would be great to do something for our parents, to continue their legacy.To build a children’s home in their memory.’ Paul explains.

In 2012 they launched the brand, and what followed was two years living together in a tiny room as they tried to get their venture off the ground. ‘I slept on this sofa with a terrible arm-rest, I had neck-ache every day,’ says Paul. For the first couple of years it was only flipflops. Competing with established Australian surf brands, in a country known for its two week-short summers, on very little income, the task was a daunting one.

But something in the Forkan DNA kept them going. ‘Before we left for India, my parents had a small fashion business and worked incredibly hard, we never saw them. I think they really instilled a work ethic into us.’ Their parents’ influence is still ever present. The Gandys logo is a Kingfisher, their dad’s favourite Indian beer.

A string of collaborations with some heavy hitters then followed, and the brand grew and grew. Liberty’s, McLaren F1, one day even the Rolling Stones came knocking and before they knew it they were exhibiting in the Saatchi Gallery. The Duke of Sussex wears their beanies.

‘All we’ve done with Gandys is put our up-bringing into our brand really’, Paul explains. This love for travel and different cultures infuses Gandys with a worldliness whose drum beats loudest in the form of their charity Orphans for Orphans. 10% of all their profits go to the foundation, as do the proceeds from the book they wrote together entitled ‘Tsunami Kids’, which tells their remarkable story.

The home in Sri Lanka, painted in the blue and white of their father’s
beloved QPR, now acts as a thriving community centre. English teachers teach the whole village, not just the children, there are classes in carpentry, electrics and plumbing for the less academically minded, and at night the place is abuzz with life with mass games of volleyball and cricket. There are plans afoot to build new homes in Malawi and Brazil.

‘It’s stressful but it gets you out of bed in the morning. Selling clothes is fine, but it’s when you have a bad day that you remember about the real difference we’re making in people’s lives, people that have been fed and got an education off the back of what we do. That’s a real feeling.’ 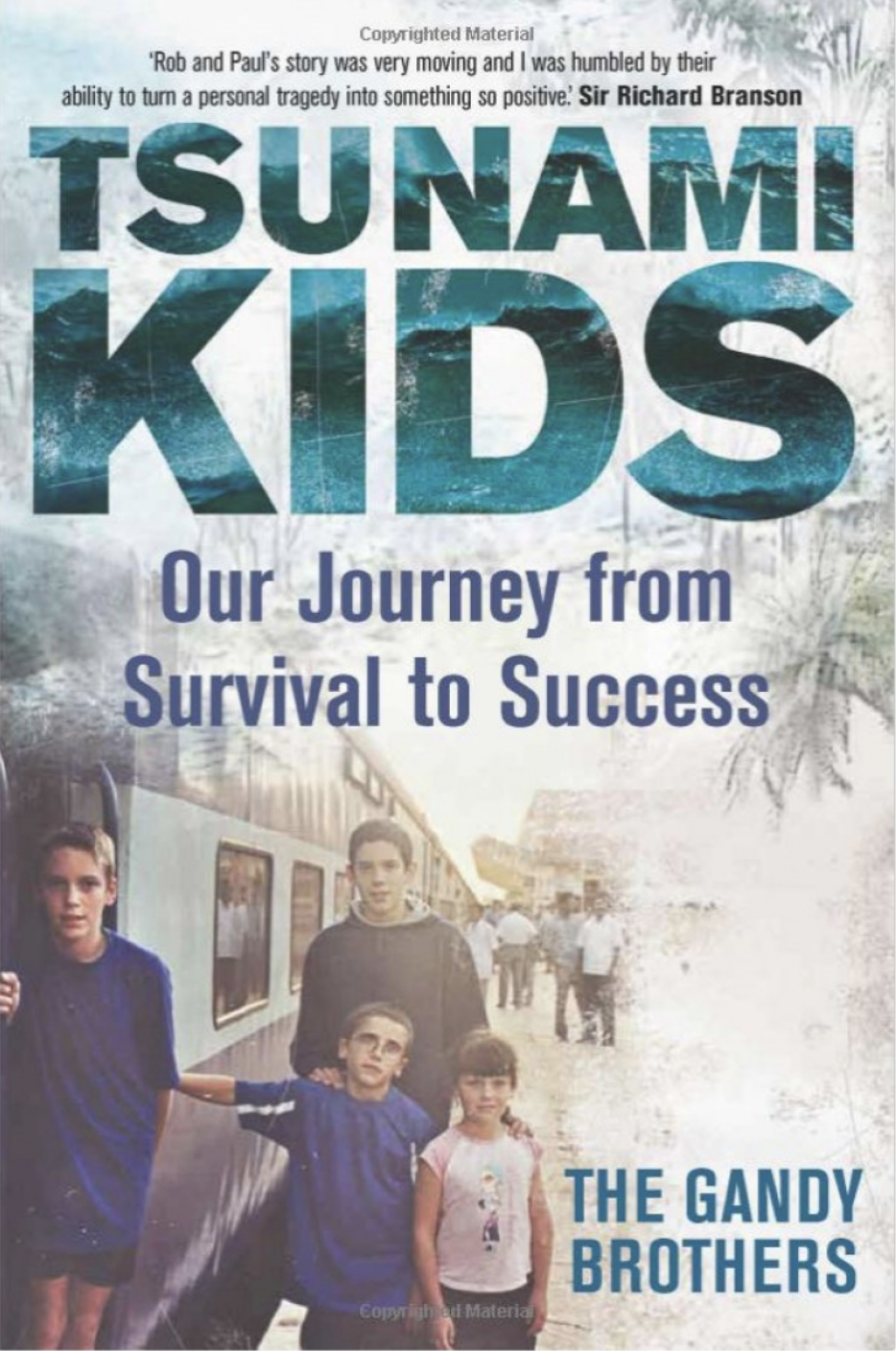 ‘Our motto is don’t just exist. We want to inspire people who have been through something difficult to think even though we’ve been through incredibly tough times, we can go on and do anything. As a brand that’s so important to us. If you’ve lost a parent maybe, try and remember not to dwell too much on the past, do your best to man up and live life to the full.’

After all they have been through, the binding glue of family remains the most important element. ‘We’ll always be doing it together,’ says Paul. ‘As brothers we get to work and travel together, we get to do the charity side, just like when we were children, and hopefully our children will come along for the ride with us. I’ve never understood people who build a business and sell it. If you build a castle, you just keep adding to it.’