“If my adventure has proved one thing, it was that you don’t need to be an expert to start. Taking that initial ‘leap of faith’ is the fear that cripples most of our dreams for adventure. Many of us find that we are capable of all sorts once we have stepped outside of our comfort zone but taking that first step is always the hardest part.”

Jonathan Kambskard-Bennett cycled the world as a total novice, barely even knowing how to change a flat tyre. But 30, 350 miles and 42 countries later, he’d made it. We chatted to Jonathan to learn more about his experiences; the highs, the lows and the people he met along the way. 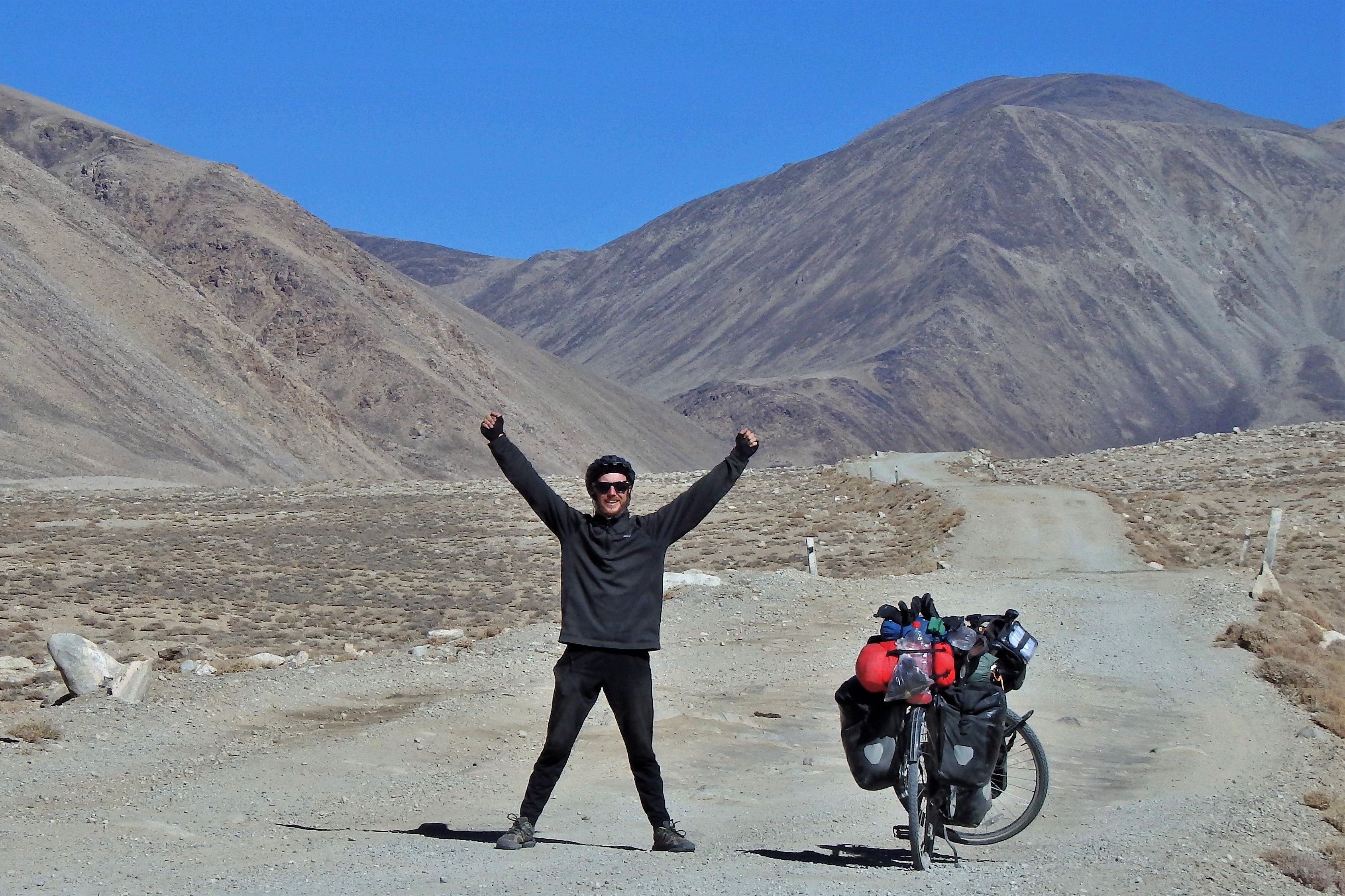 What kind of cyclist were you before you left on your trip? Did you enjoy cycling?

I grew up in a cycling family. Not a crazy ‘road-racing on the weekends’ type one but my mum is Danish and so we had quite a Scandinavian bike-friendly attitude to travel. I have always used a bike to get to school and work wherever I have been.

For me, cycling has always been for function. I never used to ride for pleasure or for exercise, it was just a convenient (and cheap) way to get around. When I was cycling around the world people often laughed when I told them I didn’t really like cycling that much. I loved the way in which cycling enabled me to see the planet, but I never really cared that much about the actual act of sitting on my arse and pedalling all day.

Your initial plan was just to head off east. At what point did it transform into a journey around the world?

I’m not entirely sure to be honest! I think I probably started thinking about it just after I’d been on the road for a year (when I was in China). It was around that time that I realised I definitely had it in me to reach Australia and so I think I started wondering – ‘what next after that’? I recall Googling what counted as an ‘around the world journey’ but I didn’t commit to the idea until I took a break in Australia to earn some money.

‘Cycling around the world’ was never that important because once you start adding flights in, it spoils the romantic side of just riding a bike across a long stretch of landmass. When I left Australia I really wanted to visit New Zealand and after that I didn’t fancy leaving the English-speaking world – I was enjoying chatting to people in my mother tongue too much! So I decided to visit the USA and from there it just seemed logical to cycle back home… 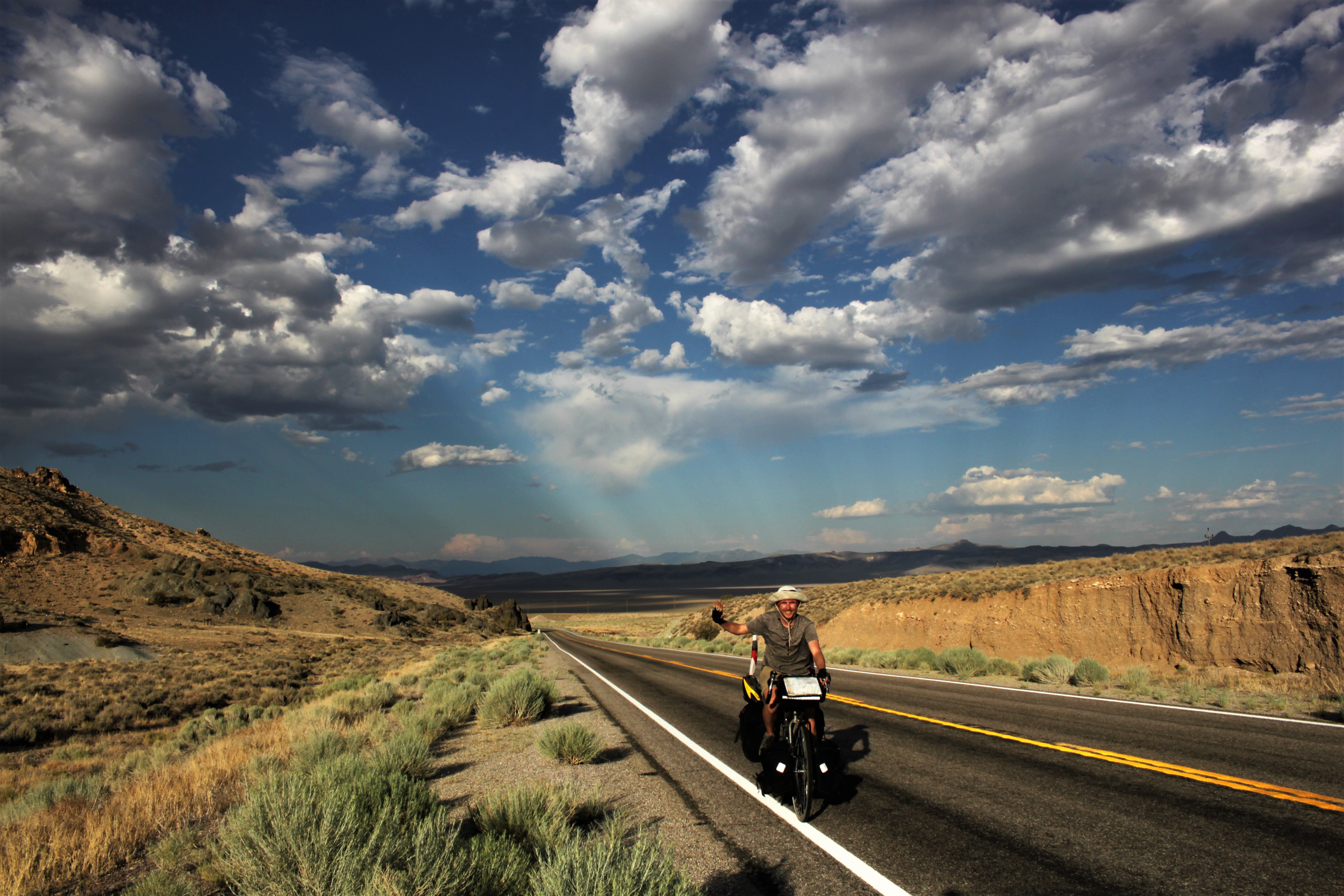 Are you glad you cycled solo?

I am glad I cycled solo but I didn’t really do it out of choice – I just did so because no one wanted to come with me! I loved the times I cycled with other people but I also realise that lots of wonderful opportunities presented themselves to me because I was riding solo. I think strangers are much more likely to approach you and extend a helping hand when you are on your own.

The quote goes ‘difficult roads can often lead to the most beautiful destinations’. Did you find that to be true?

100%. The only part I disagree with is ‘often’ – I think it is ‘always’! The most rewarding roads I travelled were the hardest to reach and the most strenuous to pedal. They were always the lumpiest dirt roads in the most remote corners of the world.

Did you ever just want to stop? What kept you going day after day?

Not really! There were difficult times, don’t get me wrong. There were moments when I felt wildly out of my depth, scared, lost and homesick but usually I knew that there would be light at the end of the tunnel if I just kept cracking on. The positive times always massively outweighed the bad ones.

The only time I really wanted to pack it in was in North West China. Winter was arriving quickly - the nights were starting to hit -10C and it was only getting colder. The daylight hours were short and I hated being in my tent for so long out in the desert. I had a lot of trouble from the authorities up there (Xinjiang is a pretty ‘sensitive’ province in China) and I found it hard to engage with the Chinese during my first month in the country. But it would have been such a faff to get home from somewhere like that and so it was actually easier just to keep on riding. Sure enough – things got better once I started climbing up onto the Tibetan Plateau (although a lot colder!) and I ended up loving the country. 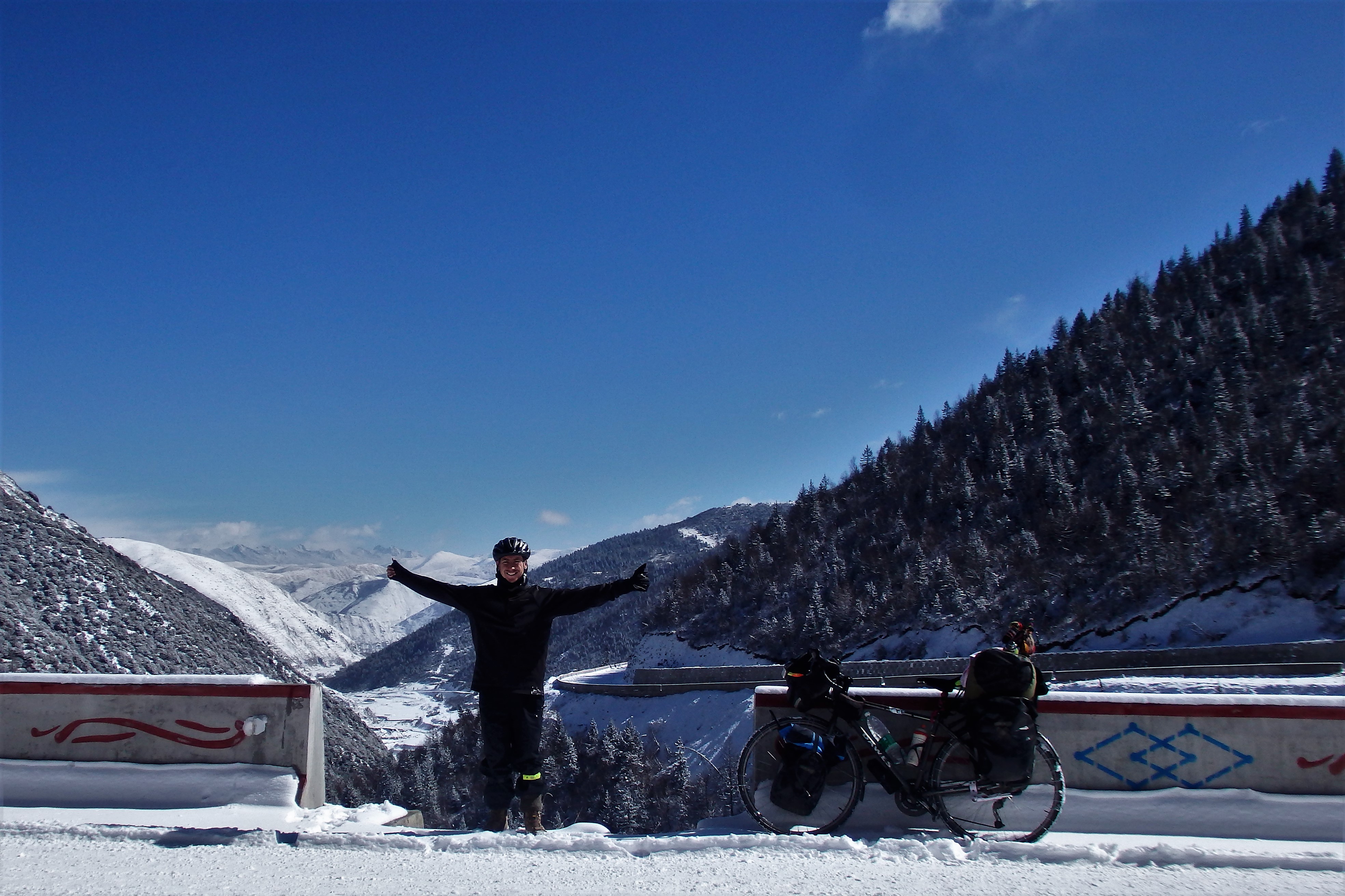 In contrast to that – what were the highlights of the trip? The memories that you think you’ll share most often?

Probably the most memorable moment was arriving in Darwin, Australia. Despite the fact that I’d taken my first plane of the trip (an hour long crossing from Dili in Timor-Leste), it was the most important milestone I ever hit. Reaching Australia was the dream when I left home and to make that a reality and put my feet down on Aussie soil was an amazing feeling. There were many times when I thought I’d never make it, so it was an empowering moment. In contrast, arriving home wasn’t nearly as powerful. By then I knew that I was capable of making the distance, so there was nothing surprising about having made it.

You talk a lot about how people were amazingly kind to you. Do any countries stand out for you as being particularly friendly and welcoming?

It would be a long list! Mostly I was grateful when people invited me to stay in their homes. I can think of so many occasions when people with so little we extraordinarily generous to me. It was very humbling. It was the Muslim countries that were the most hospitable and it was in Iran that I met the kindest people. 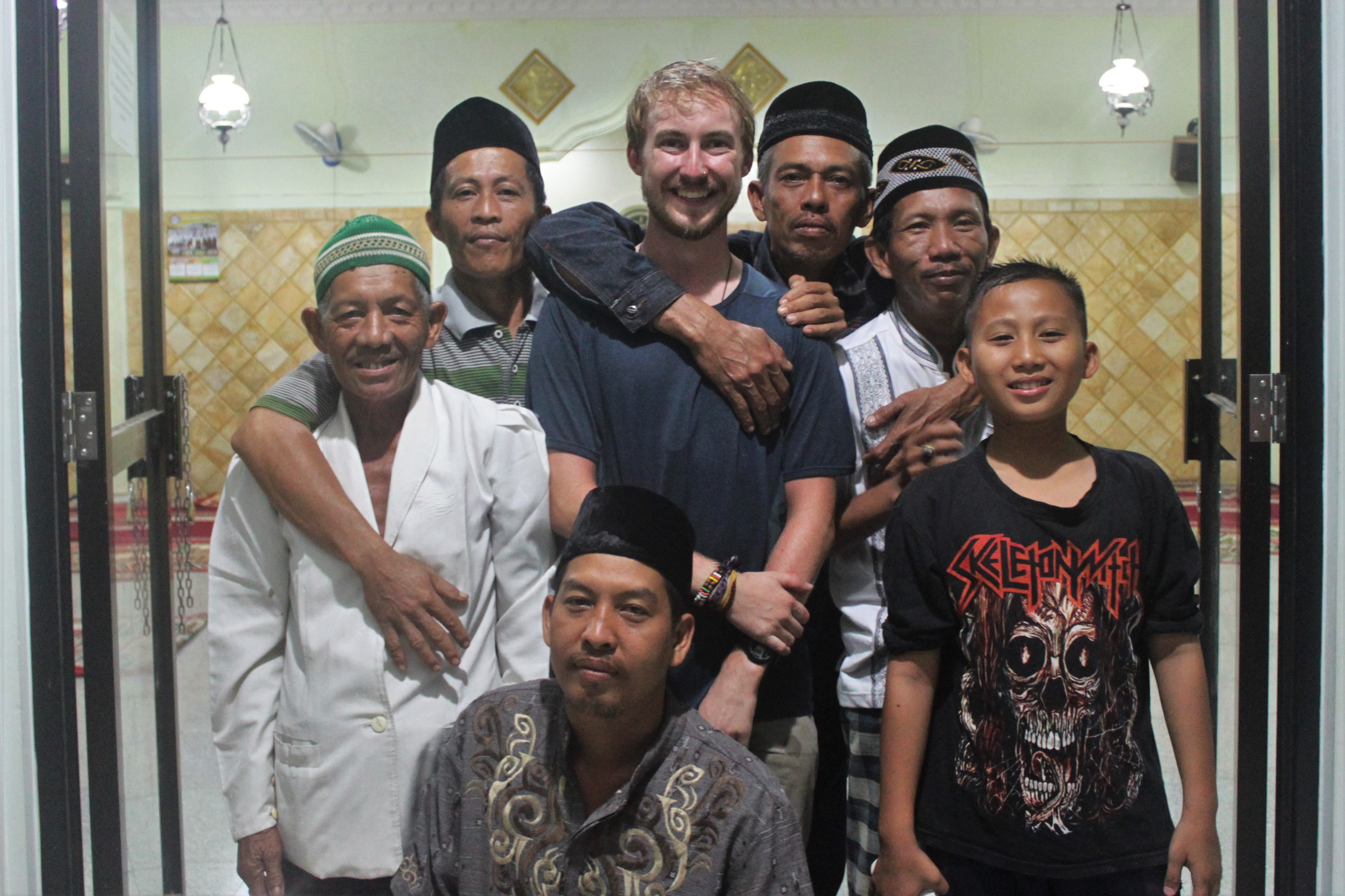 What did you learn about yourself and the world during your journey? How did your trip change you?

I suppose I learnt that I’m a pretty resilient individual. I have a clear understanding of both my physical and mental limits and I think I am a lot tougher than I thought I was 3 years ago.

It’s hard to say how the trip changed me! We are always changing as life goes on – regardless of what we get up to. I like to think that I have a better understanding of my place in the world. It is neither an important place nor an insignificant one. At the very least my geography is a lot better now!

How do you reflect upon on your trip now? Do you think that you’d ever embark on a journey of this scale again? If so, what would you like to do?

It’s strange how quickly I have re-aligned with London life. I can’t live off a couple quid a day anymore so it’s a different balance between earning and spending money. It’s strange to deal with the hustle bustle of a big city – sometimes I feel like I’m a more rushed and stressed person but it’s hard when everyone around you is going at 100 miles per hour!

I would love to go on another long trip again. I still think about my time on the road and spend many hours looking at maps from different part of the world. Africa is calling me and so too are the America. But - life is long! For now, I am in no rush to leave London. One thing at a time…

What advice would you have for people who are looking to follow embark upon an adventure, but are unsure how to take the first steps?

I would say – just go it for it! There is so much information online so you can be very prepared before you even leave home. Still, no matter how much you read, nothing will totally prepare you for the unknown. Learning on the job is certainly a steep learning curve, but absolutely the most beneficial. You will make mistakes at first – but that is all part of the experience. 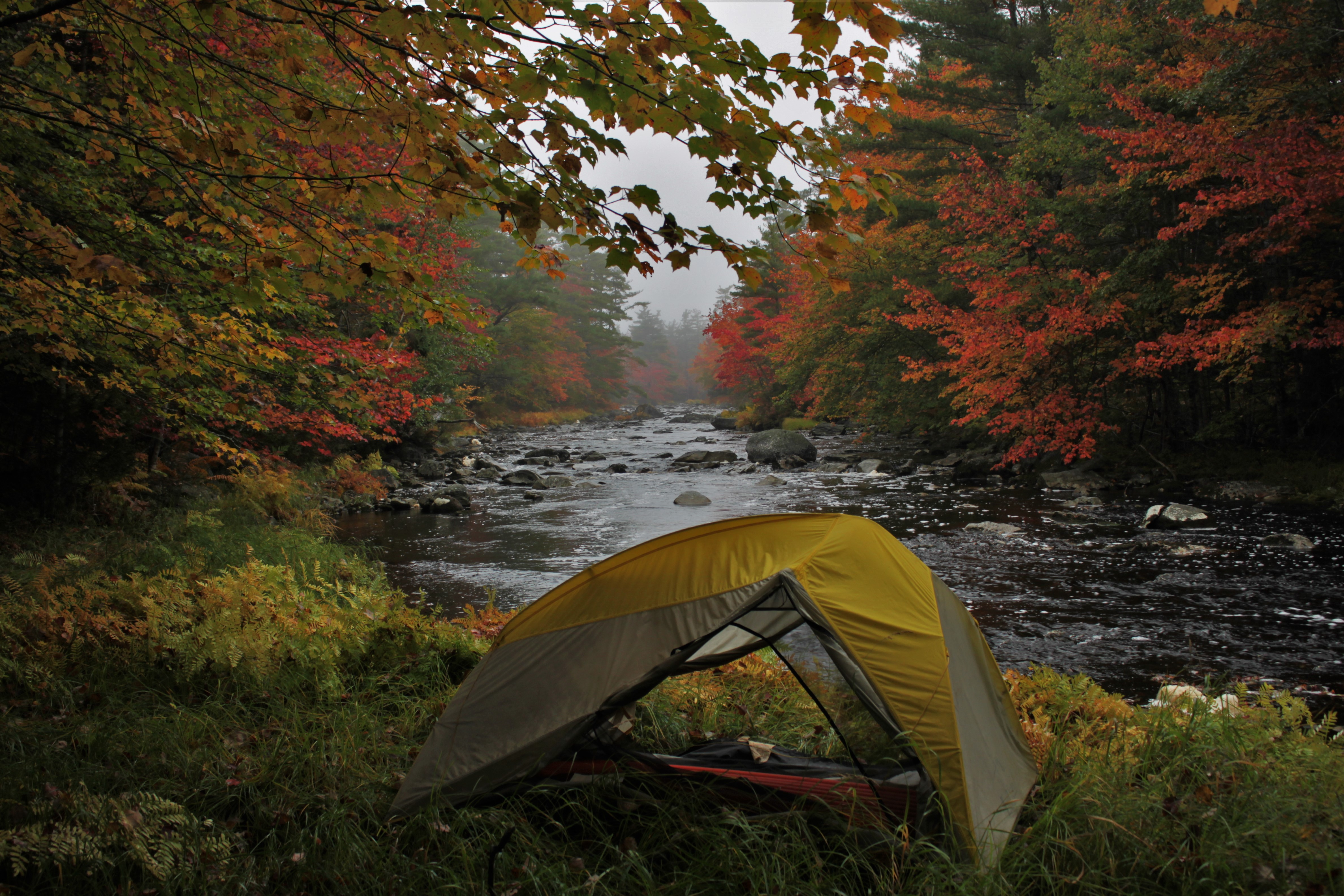 Click here to read more about Jonathan’s cycle around the world.