We believe in the idea that making small changes can help us perform better and be happier. The 10% Project is our challenge to each other - the TRIBE community - to improve each day. This is a piece from the TRIBE 10% Project Book - a collection of personal journeys that inspire us. Real TRIBE people telling stories about how small changes in nutrition, lifestyle and training have helped them change their lives. Domingo Cullen, blogger, freelance creative and TRIBE skater since 2015, talks about the small, actionable changes to his routine to improve quality of sleep.

When I was younger I was obsessed with Nas. In one of his tunes, NY State Of Mind, he raps ‘I never sleep, cos sleep is the cousin of death’. I don’t know if this lyric engraved itself on my unconscious, but I’ve always taken the importance of sleep with a pinch of sleeping salt, meaning that I never took it seriously. I’ve never in my life been able to sleep in, I’ve always had a strange compulsion to get up as early as possible. 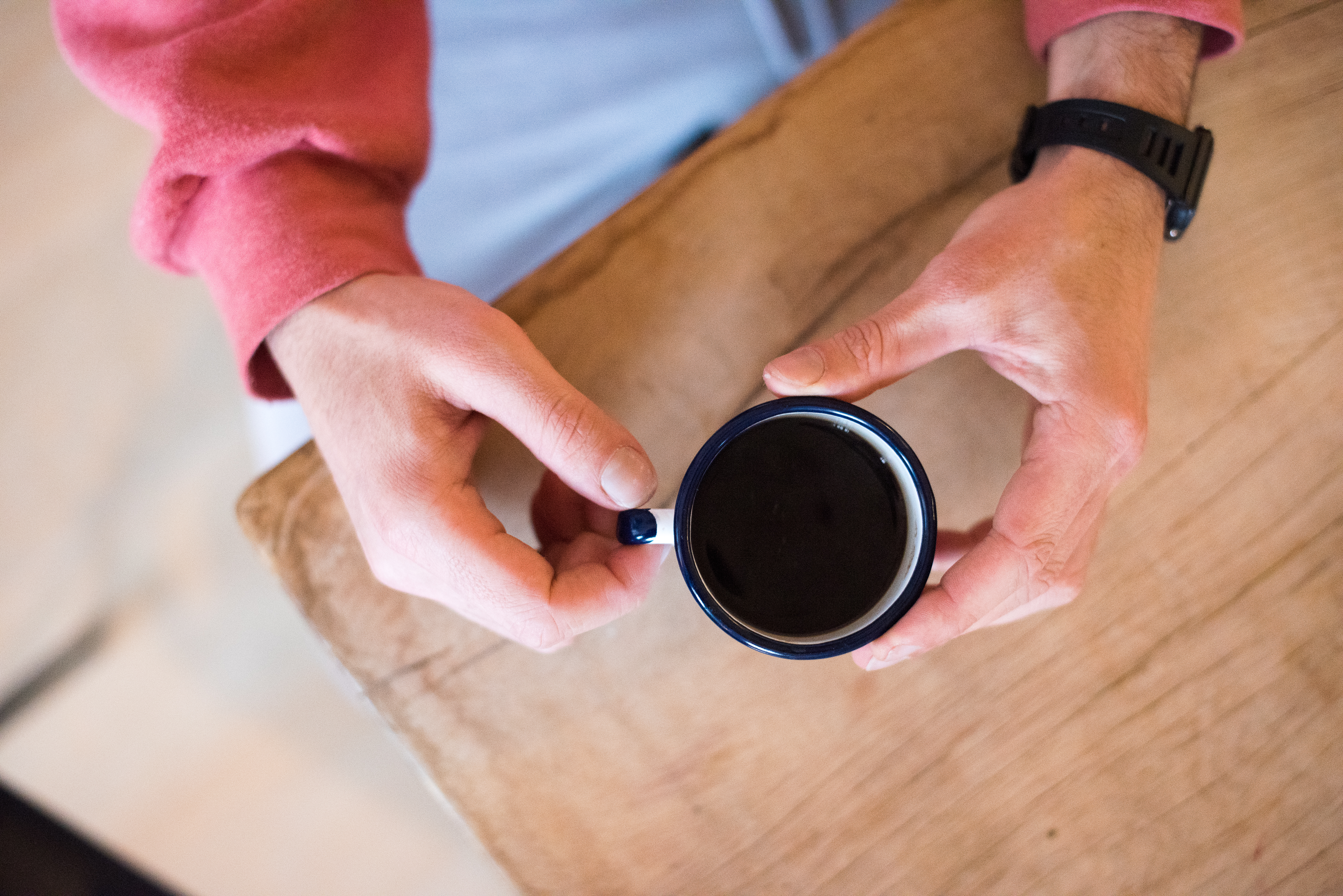 Throughout my twenties, regardless of the time I got to bed, every morning almost without fail I would honour my rendez-vous with cities at their most empty, on a morning run or a cycle as if I needed to have the streets and parks and canals to myself to witness that time of day I found most special. To high five the day before it got overrun by noise and traffic and chaos.

But this commonly meant an average of five to six hours sleep a night. And left me with a major problem. My mind was using any opportunity it could during the day to catch up on the sleep it desperately needed. After a relentless run of a few months during a manic episode that from time to time I am prone to, I remember sitting on the edge of my bed one afternoon with my head in my hands, in abject confusion and desperation, suffering from clear signs of mental exhaustion.

So I started to read about sleep, and found out a lot of things Nas didn’t know.

It is now commonly upheld that humans need eight hours sleep a night for optimal recovery. It turned out I wasn’t alone, 70% of us are getting well under this amount. We are in the midst of an epidemic of sleep deprivation, incredibly we are the only species on the planet that deliberately deprive ourselves of it. In 1942 8% of the population was surviving on less than six hours sleep a night, now one in two of us are. 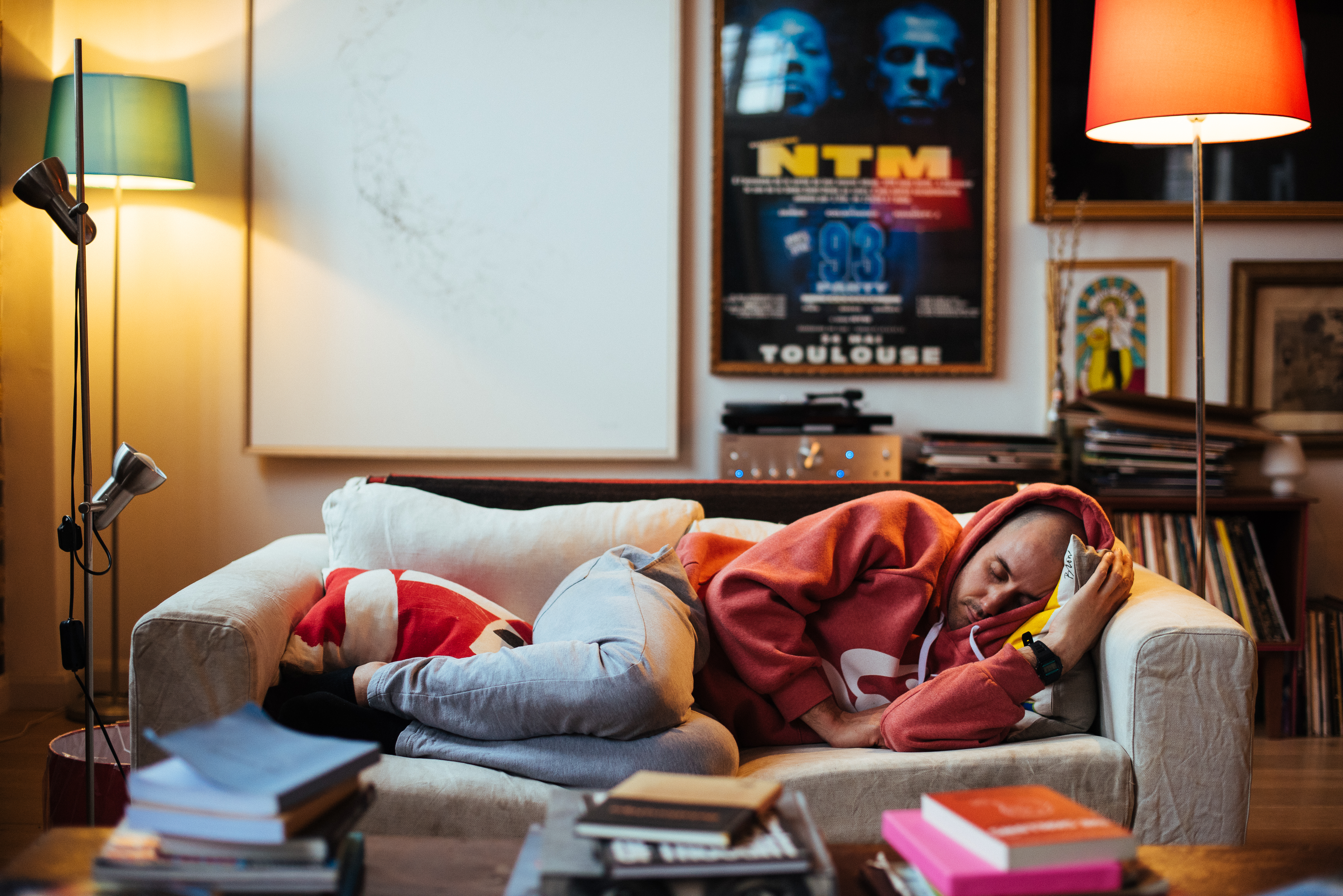 Sleep is absolutely fundamental to us. It aids our ability to make new memories, and restores our capacity for learning. Figure this, after a night of just four to five hour’s sleep, the natural killer cells we need to fight cancer suffer a 70% depletion. Bowel, prostate and breast cancer are all linked to the lack of getting good shuteye. Insomnia can double the risk of depression.

This was alarming reading, and way more serious than I thought. Like many of my peers, for me sleeping little and living frenetically had become a badge of honour. But it was affecting me in ways I was too tired to even notice. I wasn’t alert, my memory was shot, I was anxious, and it dawned that all this screen time, increased connectivity, and the constant lure of my device, maybe the reason I wasn’t switched on during the day was because I never switched off.

I want sleep to stop being a symptom of caffeine depravation. As I learnt, no medicine is going to do much if your immune system is at half-mast, and you’re unendingly craving coffee and sugar. People are beginning to realise the great healer is sleep itself. After all it doesn’t cost us anything, it’s completely free.

When Tribe told me about the 10% Project something clicked. What if on top of upping my training, I made sure I improved my rest by the same margins. Over the next few months, as part of the Tribe 10% Project, I’m really excited to reset, to see what religiously undergoing a routine of 8-hour nights on the pillow can do to my brain chemistry. How it will affect my decision-making, my temperament, my relationships. I’m too old to be getting away with it anymore. Early to bed, early to rise. I want to make midnight what it was originally named to be. The middle of the night.

In the olden days sleep was venerated, it was something to be respected. I think we could all do with a return to that. For the time being I’ll leave Nas’s words behind, and take up those of that other well-known bard, the guy from Stratford. ‘Balm of hurt minds’, he called it, ‘great nature’s second course, chief nourisher in life’s feast’.

Photos by the fantastic Tom Price