TRIBE runner Andonis completed the Antarctic Ice Marathon, fuelled by TRIBE! Absolute hero! He tells us about his adventure...

As I stepped off the Russian converted cargo plane onto the specially built ice runway and saw the Antarctic plains surrounded by mountains, it felt like I had just stepped onto another planet. The Antarctic Ice Marathon was like no other place I had run before. With the 24 hours of daylight at the Union Glacier Camp, it could be scheduled at any time over the next 3 days we spent at Antarctica, during a safe weather window signalled by the onsite meteorologist. Close to the camp, the mountains provided shelter from the hostile conditions, however, further out the strong winds drove down the temperature to -30 degrees Celsius and as such, the marathon route was adjusted from two large 21km laps to four smaller 10.5km laps. That kept us in a safer range of -15 to -25 degrees Celsius. 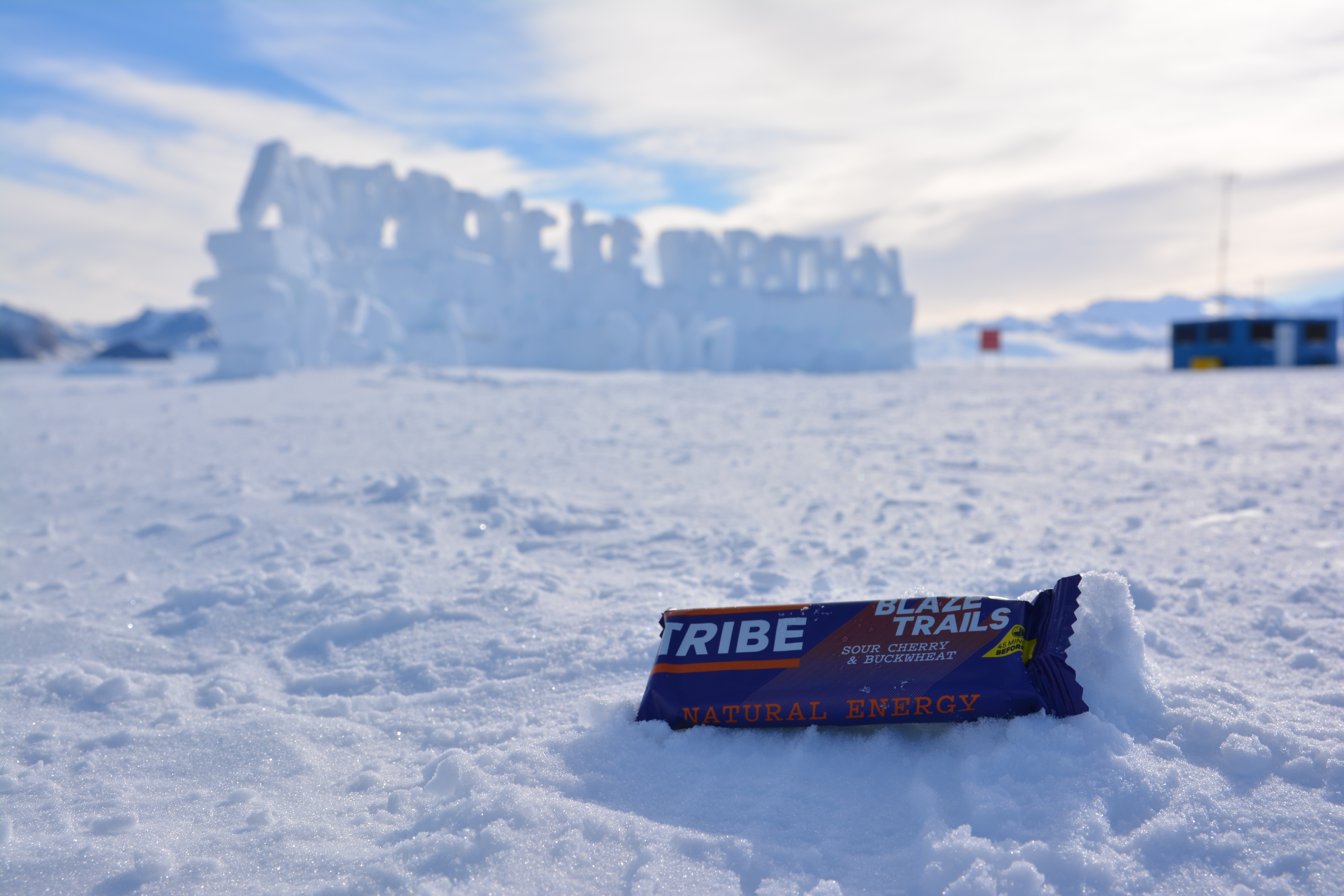 With only 55 runners in the event, there were times when you had nothing but course flags flapping in the wind in front of you or behind you, as far as the eye could see. During those times, without perspective for your eyes and brain, it felt like you were running for ages but going absolutely nowhere. The opportunity to be running almost alone in the most hostile of earth’s conditions, with highly experienced camp staff providing just the right balance of support, makes this event truly magical.

Getting my kit list right for the special conditions was a new challenge, needing enough layers to protect the body from the extreme conditions but allow enough ventilation not to over-sweat otherwise dehydration and frostbite could rear its ugly head. As for nutrition during the run, gels and anything with synthetic sugars would simply freeze in your pockets after 10 mins in those conditions, so I opted to replenish my energy with Blaze Trail bars and take on the hot water provided at the 5km stations at every opportunity. The stations also provided an opportunity for someone to check your face for the white spots that could prove to be first warning signs of frostbite. 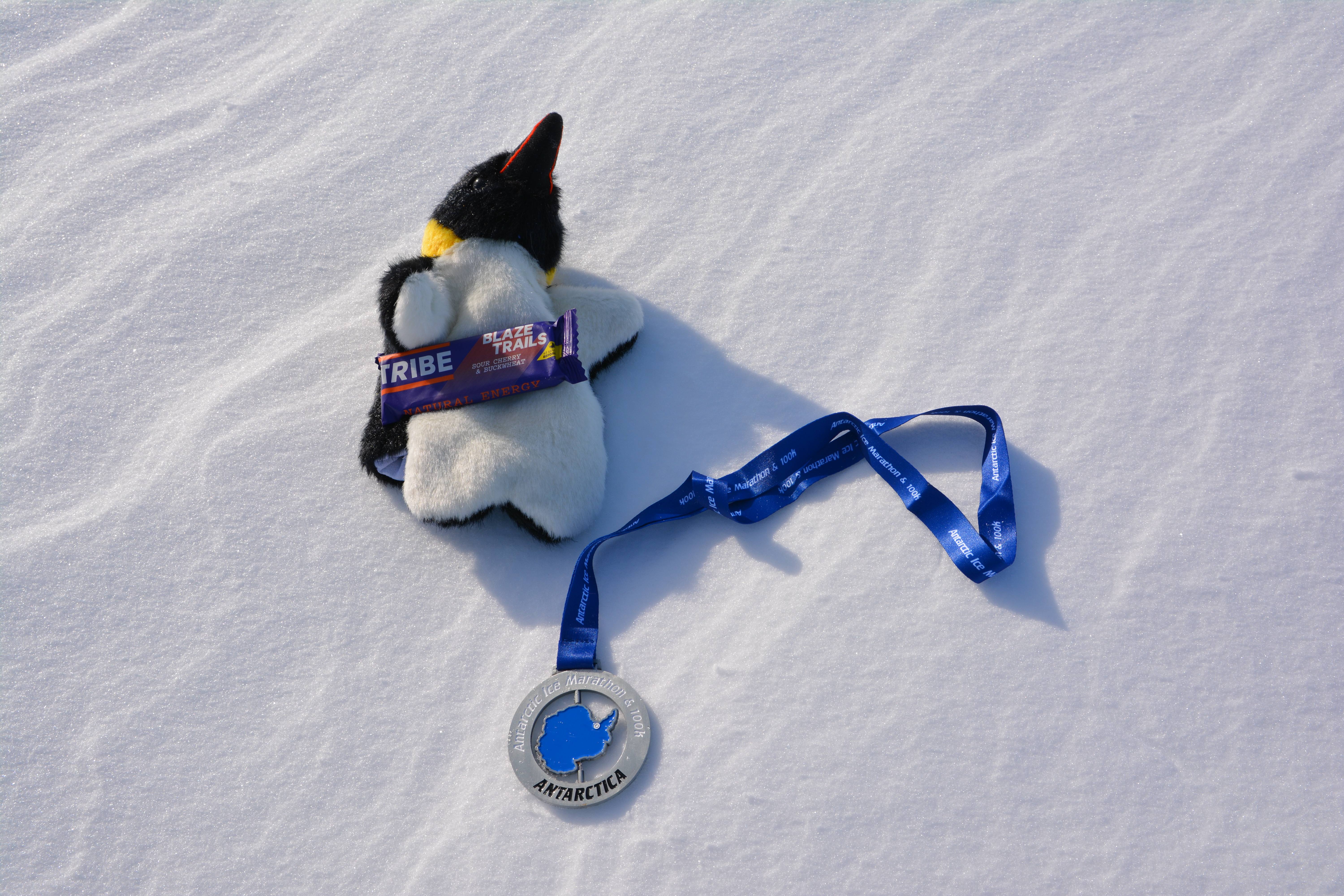 Although the underfoot conditions started off firm, as time went on and the Antarctic winds blew snow into piles around the course, the softer surface became energy sapping. Considering where to take every step became the mental focus for the second half of the run. The final 3km of the run, against an incline and strong head winds proved a real mental challenge, but the thrill of passing the line and completing this epic marathon eclipsed it all. The marathon became my 5th of continent in the illusive pursuit of completing one adventure marathon in all seven continents of the world. South America and Australasia being scheduled for next year.