Chris Kendall is a surfer and a photographer from the East Coast of England. He has confronted the cold waters of the North Sea year round since he was 12 years old. Over the last 18 years he has learned a lot about how to efficiently fuel yourself for a sub-zero surf session...

Surfers aren’t best known for their scientific approach to sports nutrition. In fact, I’d go as far as to say that all but the highest level competitors probably wouldn’t even consider themselves ‘athletes’. A side effect, I suspect, of surfing being so god damn fun! 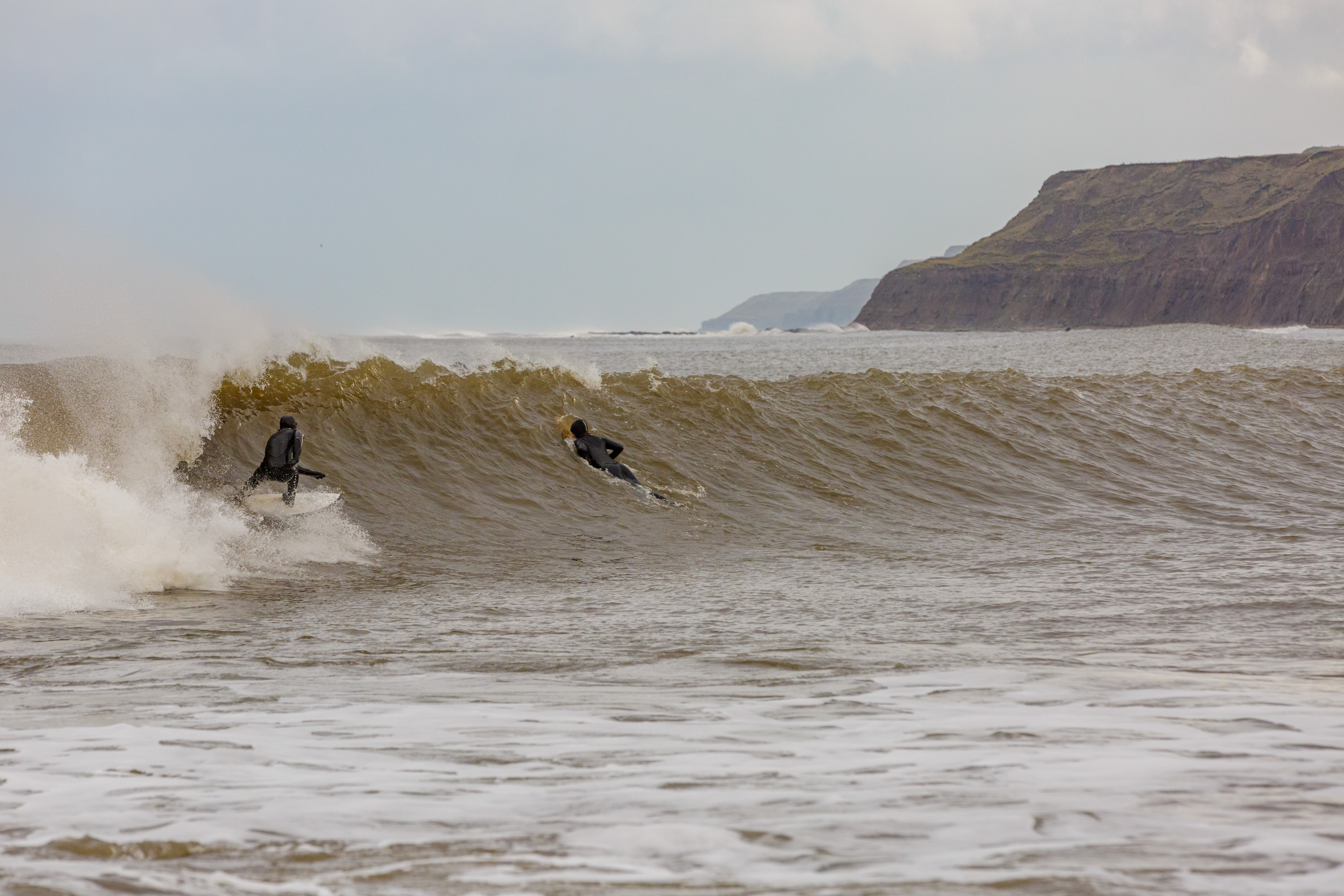 But just because it doesn’t feel like a sport, it doesn’t take away from the physicality of surfing. It demands a unique blend of aerobic endurance and explosive power. The outdoor nature of surfing compounds these demands; whether it be the sweltering heat of a secluded tropical island, or the baltic beaches of the Northern hemisphere.

Whilst I’ve only ever surfed for fun, having a background in an endurance sport (cycling), I have a slightly more mindful approach to fuelling myself than your typical surfer. That said, I was forced to learn the hard way; being regularly plagued by debilitating cramp in my calf - or if I was really unlucky, both calves - whilst surfing. The danger of this aside, it was really annoying (!) so after countless sessions were cut short I looked into what I could do to improve my situation.

A bit of trial and error, and a lot of bro-science, led me to learning that: a banana, an energy drink and a good stretch before a session significantly reduced the occurrence and severity of the cramp I was experiencing.

Although cramp is still not fully understood, I’ve learned that the rituals I had adopted were, at least in part, supported by science.

Over the past ten years I’ve refined my pre and post-surf nutritional routine, and have narrowed it down to five favourites. Some of them are quite technical sports-based-stuff, others straightforward over-the-counter products, but all of them are things have have made freezing North Sea surf sessions a bit easier. 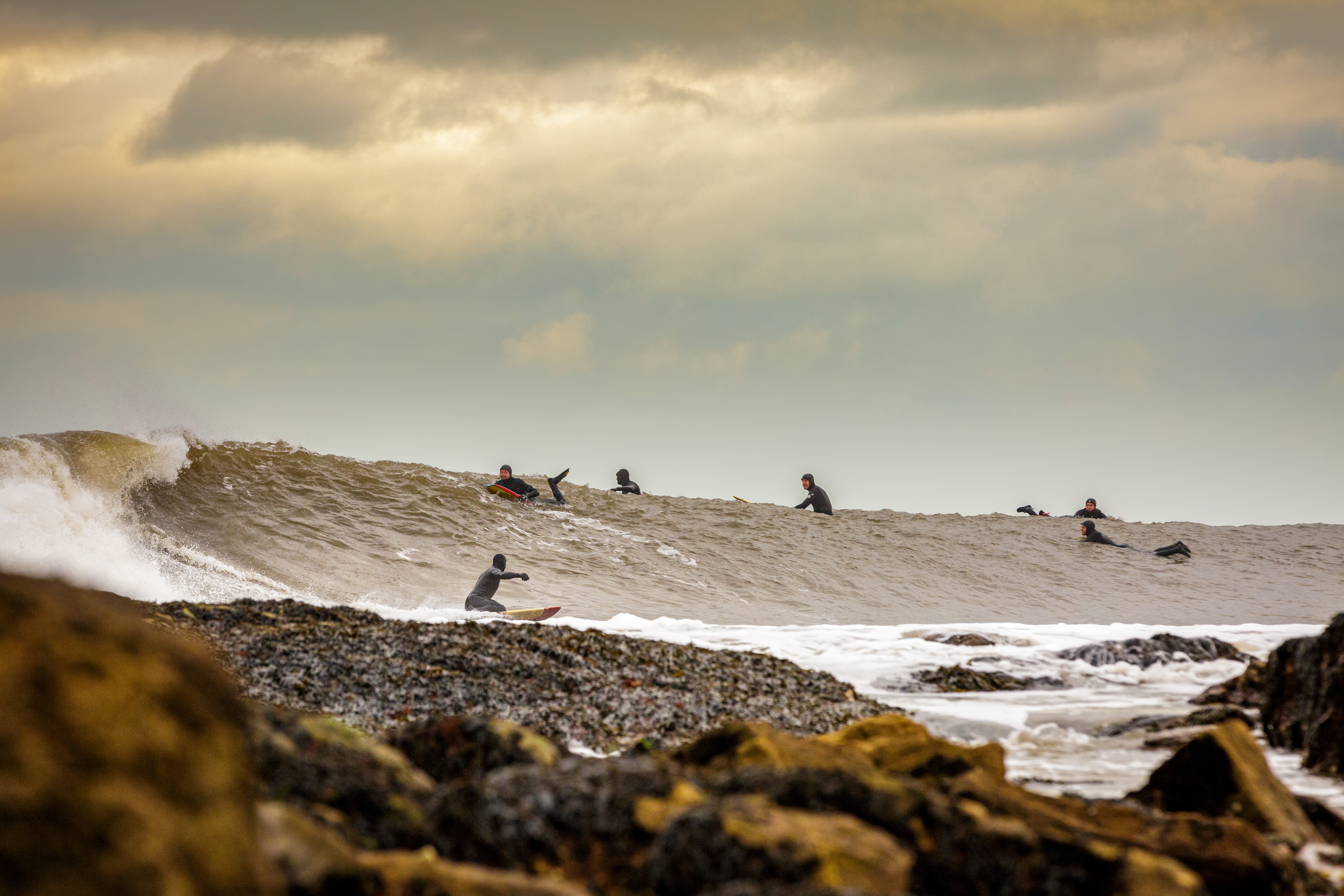 Banana - Not only are they great for combatting cramp, they’re natural, healthy and packaged in an environmentally friendly wrapper. What more could you ask for? Incidentally, the reason they’re thought to be so good for combatting cramp is down to the fact that they contain potassium, magnesium and calcium; depletion of any of which can be causative of cramp.

Coffee - The jury may be out as to the overall health benefits of coffee, but you’d be hard pressed (get it - pressed?) to find anyone who’d turn down a warm drink after a sub-zero surf session. If you’re not into coffee, or don’t do caffeine, you could replace it for a hot chocolate, which would also go some way towards replenishing your depleted energy stores, as well as having the same comforting effect that only warm fluids can bring! But for me, a tasty caffeine hit before the drive home is perfect. An insulated flask has been one of the best food and drink based investments I’ve made over the years, to save me having to buy expensive takeaway stuff.

Electoyltes - I replaced the energy drinks I guzzled throughout my teen years with these miracle mixes, when I discovered them after taking on longer cycle rides. They’re better for you than a sugar-stuffed sports drink, cheaper and more effective (in my experience) at combatting cramp. Even if you’re not getting cramp, surfing is the worst sport I can think of in terms of hydration. Being out in the ocean usually means you’re unable to take on fluids during the course of a session - despite being surrounded by the bloody stuff! I can’t think of any other sport where you’d not take on fluids for so long, especially nowadays where we understand the importance of keeping hydrated for both physical and mental performance.

Energy Bars - These are a fairly recent addition for me, and not something I’ll always do, but a good slow release energy bar is a nice treat when a banana alone won’t cut it. I was brought up in the era of being told: “leave an hour after eating before you get in the water, or else you’ll die”. Despite my subsequent research suggesting that the consequences of eating and swimming were somewhat overplayed, I do try to limit my food intake before getting in the water, and have it as far as possible in advance. That said, depending on the tides, winds and swell, it’s sometimes just not possible. When I do need to eat before getting in the sea, it’s common sense to keep it light - you don’t want to be getting in all bloated. Fruit works well, but it’s not that substantial. Specialist sports nutrition is the best bet for me when I need something with a little punch. At the end of the day, they’re designed to be exercised on, and you can get products which are intended to provide sustained energy - ideal for fuelling a long surf session! I’d recommend that in addition to doing your own research (don’t rely on the ramblings of a photographer), you should try the energy bars out at home, before consuming them specifically for physical activity. Different brands interact differently with different people and most people I speak to seem to have a preference. Find what works for you; you don’t want to find out one gives you stomach cramps whilst you’re getting a set on your head!

Protein Bars - I hate to sound like a metronome, but surfing is intense, and will impact your body just like any other intense exercise - even if it is way more fun than most others. lf you want to limit achey and tired muscles, which will help maximise back-to-back days of surf, you need to replenish what you’ve burned ASAP and with the right stuff. Basically, that’s protein, within 45 minutes. Nowadays there are all sorts of amazing protein products out there that make this a breeze, even if you’re not surfing on your doorstep. And if you’re surfing colder climates you can probably even get away with making the most of the frigid conditions by taking milk for a protein shake - it’s more likely to freeze that get warm! For me though, protein bars are the preference. They’re just easier to take and consume.

Head to www.chris-kendall.com to hear more from Chris. 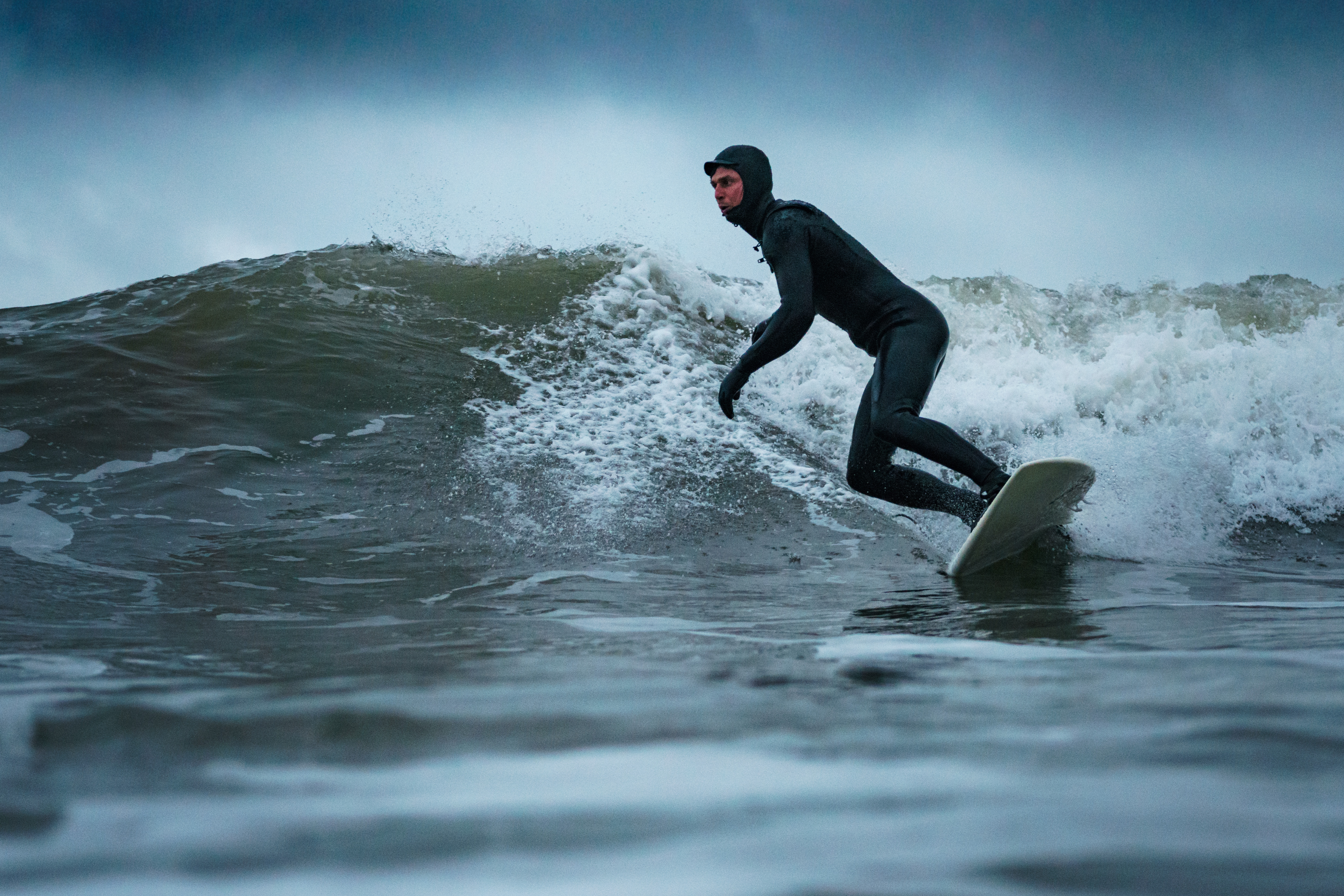